Home Matteo Molon: “I can allow myself to use 1/3 less of product and the 60% of water because I trust Martignani”

Matteo Molon: “I can allow myself to use 1/3 less of product and the 60% of water because I trust Martignani”

Often it happens to speak with satisfied clients about the results obtained with the use of Martignani sprayers or their purchase and for us it has always been a great satisfaction. Sometimes it happens to speak with clients enthusiastic and happy about their purchase. When it happens, for us it is a big joy, mostly for the big teamwork that is behind every Martignani sprayer and years of study, deepening and experimentation to improve our technology.

We have had the pleasure to speak with Matteo Molon, holder of Molon Luigino Agricultural company, with site in San Donà di Piave, in province of Venice (Italy). It was a long time since he wanted to buy a Martignani, he told, that in March when he bought one, he had a party with cake included (as pictured).

Molon Luigino Company has 25 hectares of vineyards and this year he bought an electrostatic sprayer Turbo 3, 2000 liters. It is about the first multi-row sprayer projected and introduced in the global market (gold medal Technical News EIMA 1988 and following Quality prize Fieragricola Verona 2004); ideal for treating 3 rows/6 walls simultaneously with an average daily productivity variable between 30 and 50 hectares. Some of the advantages of Turbo 3 Martignani are:

Mr. Molon realizes between 13 and 15 treatments per year, with a volume of 100 liters/hectare at the beginning of the season and then 200 liters/hectare for fungicides. The insecticides are spread at 330/l also if he says “everyone advises me against it, they say it is too low and that I have to increase but I am not convinced, I did my tests, the coverage with Martignani is spectacular and so it does the effect I like”

This zone of Veneto, explains Molon, has so many buffer zones, maybe for canals, surroundings houses, roads, etc.…, but “I do not have any type of problem because Martignani does not drift neither release residue”.

Matteo Molon before had a conventional low volume atomizer with turret and anti-drift nozzles for orchard that had been set up by himself. The problem was that “The drops couldn’t reach properly to the plant”. They were too heavy. I do not have this problem now. With Martignani I understood that air force is exploited. Air speed shudder the drops, transform them in micro drops and then push them until the plant, then thanks to the electrostatic the micro drops are attracted also by the most hidden parts of the plant and the coverage is perfect”. Add that “Until you do not try a machine you do not know those things; you can also look at video clips or read catalogues but when you use it you understand what type of technology we are talking about”

With Martignani Turbo 3 electrostatic sprayer spare the 60% of water compared to treatments with conventional atomizer. Before it worked at 500l/hectare and now 200l/hectare. “I could spare more, there is who works at 100l/hectare, but I prefer not to risk because in our zone there is a great amount of humidity at night”

Regarding the product, the client spare 1/3 thanks to the low volume and to the electrostatic charge. In the insecticide instead it uses a normal dose.

Besides, the client underline diesel saving and mostly of time. “Now in one morning I can do the treatment, instead before I spent the entire day without stopping neither for lunch break”.

Some of our clients all around the world sustain that, as an average, in treatments realized with Martignani sprayers they can spare approximately 200 euro/hectare per year. For Molon, that assure “not to have done calculations”. It is a cipher “that comes back” and add that “With the other conventional atomizers you can spare the firsts 2 or 3 treatments, but then it is with Martignani that you have results”.

Molon underlines “the agility” of the machine. “I have all the vineyards at the tip and so when I turn I must close first one arm and then the other to maneuver. The machine is agile”.

Turbo 3 electrostatic sprayer has a single axle and that, for Molon, is so important because “our soils are 80% clay. When it rains, with the machines with two axles it is not easy to work, they are too heavy, and many times has happened to me with the previous atomizer I had to remain sunken or not being able to control the machine. Having no mudguards and with a single axle with Martignani I work also when soil is so wet without any problem. Before I used to do figure skating”, he jokes.

The fight against diseases of the vine with Martignani

In the zone of Piave this year it is abundant the presence of Flavescence dorée , a disease caused by phytoplasma, and it affects severely the vine and it propagates easily. The name is attributed by the yellow coloration that the leaves assume, the shoots and clusters of white grape varieties once hit. The causal agent of the disease is a phytoplasma transmitted by an insect that settles in phloem tissues of the guest and provoke the blockage of the processed lymph, inducing an imbalance of the physiological activities of the plant itself. The only way to fight this disease is prevention or killing the vector insect before it nests. Molon explains that “This year in this zone we are invaded, there are winegrowers that are taking off the vineyard because they have been struck by the disease. I am so happy with Martignani because it does the perfect coverage also where the insect can nest, that is to say under the plant, otherwise it could be late. “In those types of diseases of the vine, sometimes, when you realize it is too late”.

Compared to other important diseases of the vines like powdery mildew or downy mildew “I do not have any problem thanks to Martignani coverage. I can allow myself to use 1/3 of product less because I have a Martignani and I trust them, the others with recovery atomizers can’t”

Matteo Molon shows to be so satisfied of the purchase, “It is a machine that I have always dreamt of and now I am so happy” 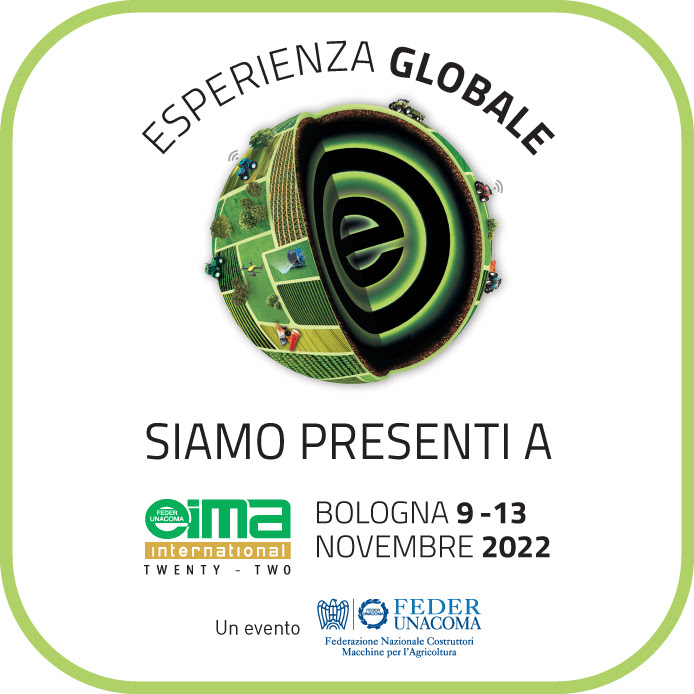